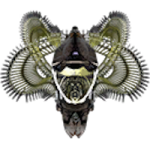 Get past the clunky interface, turn off the sound and ignore the crude graphics; AI War is a masterpiece of real-time strategy gaming.

User-unfriendly strategy spectacular AI war is four years old today. But it’s also just reached version 7.0 (wow, how many games can say that?), with a bunch of new stuff (sort of). And there’s a new DLC called “Vengeance of the Machine” out. What to write about first?

Let’s start with the birthday. Everybody loves birthdays:

AI War: Fleet Command has been going strong for more than four years now, and has seen five expansions in that time, as well as seven huge new free versions of the base game itself.  This collection brings together those first five expansions plus the base game all into one attractive and affordable package.

There’s a new “anniversary edition” available, which includes the base game and all five expansions. I don’t know if there’s anyone with an interest for the game who doesn’t already own it, but if so this is for you!

Onto the latest expansion then:

The AI’s gotten kind of upset. Somewhere along the way it decided you puny humans need more interesting ways to lose (or win, if you’re one of those people, but who are we to judge).  Vengeance of the Machine offers new tools to the player (like Core Turret Controllers) and a new frontal-confrontation victory condition (Showdown Devices), but focuses on enhancing the already-incredible variety of your main opponent: the AI. The possibilities grow exponentially with the addition of the new “Dual Type AI” system (ever wonder what a single AI player would be like with Thief AND Speed-Racer? Find out!), AI Planetary Subcommanders, and Dire Guardians.  They say the best stories revolve around an awesome villain, and this expansion takes AI War’s villainy to new heights.

There’s a whole bunch of stuff and I’d be really excited if I was more into the game (the base game was more than packed with enough features for me, I’ve barely glanced at the DLC released since), but I can’t help but wonder when Arcen actually take a break from just generating new games, updates and expansions. There’s a demo too if you just don’t know if the expansion is worth the asking price.

Anyway, all of that is available now, and there’s a trailer below for version 7.0(!) I wonder if  any of what’s going on in there will mean anything to people not familiar with it.