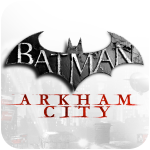 The game comes with all DLC released for the original game included, but to be honest it’s all rather lacklustre. The “Harley-Quinn’s Revenge” DLC is set after the events of the main storyline, but is mostly forgettable stuff, whereas the Robin and Nightwing DLC give you different characters to play through the challenge maps with (additional challenge maps are also included that were not featured in the base game).