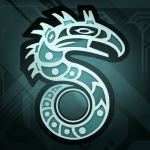 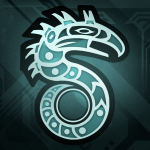 Shadowrun Returns is a turn-based RPG set in the Shadowrun universe in 2054, where high fantasy meets science fiction.

Shadowrun Returns once again with a brand new single-player campaign; a new storyline to play through with a new cast of characters. Dragonfall takes us back to the world where near-future cybertechnology meets high fantasy magic, where you might meet an Elf with a cyberdeck, or an Orc with a submachine gun. And of course, there’s a dragon.

This new campaign addresses a number of criticisms levelled at the original, but a grand total of zero of the issues that I personally had when I reviewed it (I should point out that by far the biggest issue I had, namely the inability to save anywhere, was actually patched in some time ago). So the problematic combat is still present and correct, as is the braindead AI (to compensate, the new campaign relies on greater numbers of enemies), and the completely flaky and unresponsive UI is unchanged. Instead it seems like the highest priority for Dragonfall was to make the gameplay less linear (or rather “not completely linear”), closely followed by making it more party-based.

After rolling a new character and completing the perfunctory first couple of missions, Berlin, the city in which the story takes place opens up to you, to some degree. You’re given a number of different missions to tackle in any order, each of which typically involves leaving your safehouse, and getting on the U-Bahn to be whisked off to the mission location. Most importantly, you can pick and choose the ones you want to do (each of which will take just shy of an hour to complete), although every single one is almost entirely combat-based, which I suppose is better than padding it out with fetch quests, but I can’t help but think they’ve missed a trick here. The format of each of these missions is more or less the same, with every mission presenting you with a “dilemma” with you with you able to choose between couple of possible outcomes.

Early on you’re also given a ragtag bundle of characters who serve as your team. These characters exist in the game world, so you can have conversations with them in-between each mission, taking a page out of Dragon Age‘s book (there’s also a dog that will follow you around, because that’s some sort of requirement in RPGs made in the last decade, although it doesn’t do anything). You can pick and choose team members to accompany you on each mission, or you can spend your in-game cash to hire mercenaries like you could in The Dead Man’s Switch. There’s also at least one other potential team member to acquire over the course of the game.

So it’s arguably better, at least in the same way Fallout 2 was better than Fallout. Importantly, the real strengths of The Dead Man’s Switch– the high-quality writing and artistic set dressing, haven’t been neglected (sadly there doesn’t seem to be any new music), although I found this chapter to be a little too wordy for my liking, and so I had a tendency to skip through some of the dialogue. The problem though is that many of the changes come at the cost of not being implemented in the UI properly. You can’t, for example, manage your team at any time you’re not on a mission, nor can you level them up directly. Instead they’ll get automatic stat-boosts at pre-determined times, and you can only modify their equipment by giving them something from your equipment stash.

Even the handling of multiple missions is cumbersome, as the game only acknowledges one mission at a time, leaving you to choose which mission you want through a dialog choice when boarding a tram. Then there’s that feeling I got on each mission, that the outcome would be the same, no matter which choices I made. We’ve seen this before, with The Walking Dead and its ilk, but Dragonfall simply doesn’t try hard enough to cover it up.

That RPG staple– loot– remains somewhat lacking once again. There are a few places where you can find caches of med-kits and other consumables, but don’t expect to find new weapons lying around to collect; any new hardware you want will only be obtained from vendors for the most part.

Speaking of weapons, I don’t recall there being sniper rifles in the original game, but they certainly exist here and boy are they overpowered. The way sniper rifles work here is that the chance to hit increases with distance to target. What this means in practice is that you position someone with a sniper rifle at the opposite end from where the enemies are going to come in (typically through some otherwise inaccessible door), and you’ll be able to pick off anyone that comes through with a 99% to-hit rate.

Similarly, it seems certain skills work better than others. It did seem to me that putting points into Drone Control gave me a great many fun options during the campaign, whereas I didn’t feel like I was missing out on anything significant by not investing in other skills. Even the requisite decking segments tended to be rather laborious for very little reward. I only did one playthrough however, so it could be that the game just does a good job of hiding unavailable options from you.

Rounding off the issues are of course the abundance of bugs. There’s the inability to properly click on things in the game world, an issue which has carried over from the original campaign; then there’s the more game-breaking stuff like needing to switch off the Steam overlay to prevent the screen going black at random moments; then there are the issues like when the game would get stuck if you got knocked out in certain cyberspace sequences.

The I reached a point where the game bugged out in a big way. My character mysteriously disappeared at the start of a mission, and I was left in control of one of the NPCs. The game was certainly playable; at least up until the point where I was completely unable to complete any mission objectives (it seemed I needed to jack-in at a certain point, which the NPC was unable to do), and so the game remains on my hard drive, unfinished. This is a very sorry state for a full-priced bit of DLC, and the issue remains, several days after general release (with other people reporting similar issues), and I can only hope it get fixed soon.

Up until that point, in spite of all my grumbling, I was reaching the same conclusion about Dragonfall as I did Dead Man’s Switch– that it’s a very enjoyable experience. I  certainly enjoyed my time with it as much as I did the original campaign, even though there’s nothing that can be described as “revolutionary”. The setting remains as strong as ever, and the world of Shadowrun is always one that welcomes my return, albeit perhaps not right now in its broken state.