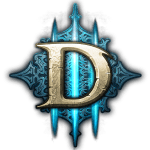 Reaper of Souls, the first expansion for Diablo 3, couldn’t have come at a better time. With the recent changes introduced to the base game, the removal of the auction house and the reworking of the underlying systems, the game is a lot more enjoyable than it was when it was released. Indeed, the argument can be made that if you’ve not played the game in over a year, there’s enough new stuff to come back to without needing Reaper of Souls, most notably the variable difficulty, new loot system, and Cursed Chest events, to say nothing of the events targeted towards experienced high-level players.

That said, Reaper does add a fair amount of new things into the mix, but it does so in a haphazard fashion, and unless you’ve been following each of Blizzard’s marketing posts on the subject, you might miss out on exactly what’s new. Briefly, Reaper of Souls raises the level cap from 60 to 70, and adds a new Crusader character class, a new Artisan, a new act (Act V) to the end of the original storyline, and a new “adventure” mode. None of these are small changes, and any or all of them might make it worth your while to grab this addon.

First of all, the new campaign. Whatever your reason for grabbing the expansion, you’re going to have to play through act V. You won’t get access to the new “Mystic” Artisan, until part-way through act V, and you’ll have to complete it in order to unlock adventure mode. That’s ok, because it’s one of the best experiences in Diablo III to date.

It begins somewhat uninspired, with you running around a town of narrow corridors, slaying “reapers”, which mostly amount to reskins of undead enemies encountered previously, to the point where I thought it was just going to be more of the same. But then things get really spicy. There are a number of those optional events off the beaten track, and they seem to occur with much greater frequency than the ones found in previous acts. They are also a great deal of fun, with some moments that are completely hectic in contrast to the otherwise samey affair of wandering around the maps looking for points of interest or running into a random elite enemy.

By the time you’ve reached the third location, the enemy variety goes into overdrive. Blizzard clearly recognised that the game is at its best when it throws hundreds of fast, frail enemies at you to burst open with a single mouse click, and here they accomplish this both with dense concentrations of these weak creatures at regular intervals, but also other creature types that spawn more of them. The result is that there are moments (at least, for me at level 60-odd on Expert difficulty) where there are no less than a hundred enemies on-screen. There are also some enemies with completely original behaviour, such as the otherwise weak Scavengers that dig in the ground for rocks to use as armour, and can suddenly pose a real threat. All told, Act V contains approximately the same number of locations as each other act, but took me almost twice as long to complete (roughly 7 or 8 hours, and I was being thorough).

The story is also a step forward from acts I-IV, as it doesn’t drown you in lore and exposition, being content to be about a bad guy you need to track down and destroy. The bad guy in question, Malthael, also provides a significantly difficult boss fight, the hardest battle to be found in Diablo III by a significant margin. I’m not ashamed to admit I had to lower the difficulty just to complete the game.

Raising the level cap does seem to have had something of a negative effect on the gameplay. I started Act V at level 60 on Expert difficulty, and I actually found the game too easy (although it was enjoyable nonetheless). Then I hit level 65 (approximately two thirds into act V) and I found myself playing a different game, one much more challenging, even difficult. The reason being that most of the loot found seems to cap at level 61 (except in rare cases) meaning you’re stuck with whatever gear you’d acquired up until that point, only really making incremental changes. Once you do hit level 70, this is less of a problem because by that point you’re in it for the legendary items, all of which seem to scale to whatever level you happen to be when you find them.

The benefits of the extra 10 levels amount to one new active skill, three new passive skills, and one passive skill slot per class (and the ability to train the artisans two additional levels, to level 12). I’m not really in a position to judge the impact of each of these for every class, but in terms of my personal playstyle, I largely ignored the Barbarian’s new Avalanche skill entirely and just picked up one of the new passives at level 70.

The Crusader, the new class in Reaper of Souls, is a sort of cross between the Monk and the Barbarian. With the exception of perhaps the Wizard, the Crusader is looking to be the most versatile of the classes, with a primary attack that can be configured to attack a single target, make a sweeping attack, or chain damage between grouped enemies. Then there are the Wrath-based (the Crusader’s Wrath is charged by making attacks, just like the Monk’s Spirit resource) attacks which vary between area of effect or summoning magic flying hammers that orbit her, even travelling through walls. Her signature Shield Bash is basically a teleporter coupled with a shotgun blast and is very satisfying to use as a result. You do have to have a shield equipped to use it, although this is perfectly fine because one of the very first passive skills you unlock lets you wield a two-handed weapon and a shield. Then there are other skills that turn her into a time bomb, or summon an AI-controlled beam of damage, or just provide her with a quick escape from a sticky situation. There are also “Law” skills, which function as passive abilities that you can also activate for more of a bonus. You will be spoiled for choice.

I was very skeptical of how enjoyable the Crusader class would be to play, having been underwhelmed by the overview video, but actually playing her is a completely different matter to watching (this is also the reason why Diablo III screenshots have a tendency to look awful; nothing compares to seeing the action in motion, and even that doesn’t compare to the joyous feedback you get when  you’re controlling the action). I was pleased to find that she’s at least as punchy as the Barbarian, leaping into clusters of enemies and just unleashing explosive violence, whilst the sheer variety of skills means there’s plenty to play with in terms of experimentation and finding a comfortable build. Indeed, I’m having a hard time going back to my main Barbarian character at all, preferring to spend time getting the Crusader up to the same level.

The adventure mode is probably what’s going to get the dedicated players most excited. Start adventure mode (even with a brand-new character, once it’s unlocked) and press M to go anywhere in the entire game (anywhere there’s a Waypoint), with boss locations helpfully marked on the map for you as well. Want to fight the Butcher over and over? Go ahead. Want to play through parts of Act V with a level 4 character? You can do that, and teleport from one place to another whenever you want, and not worry about backtracking or having to contemplate the silly story.

In addition, you can undertake “bounties”, which are essentially specific events in particular areas (any of which you might have encountered during regular playthroughs), elite enemies to kill or levels to clear out, usually coupled with a target number of enemies to kill. Complete these to earn Blood Shards, a currency that can be used to purchase “mystery” (which appears to mean “random”) items, which as far as I can tell, are completely lackluster, of a similar quality to what you’d get from killing an elite enemy. Complete all the bounties in one act, and you’ll be rewarded with additional bonus loot. It’s not an entirely freeform system, as the bounties will completely reset if you go to another act, thus losing your bonus progress. Still there’s no doubt that it’s a fun system that both lets you do what you want and give you a little direction, and you’ll at least gain some extra items and experience in the process.

You’ll also acquire “rift shards” whilst playing in adventure mode, and with enough of these you can unlock Nephalem Rifts, which are basically bonus maps, where you have to kill a certain number of enemies. Somewhat infuriatingly, these don’t seem to persist, so if you open a rift and then go make a coffee, chances are you’ll get disconnected from the server and then need to go collect some more shards. They are also rather long, multi-level affairs, and it can feel a bit depressing sweeping through the first level to see that you’ve barely made a dent in the kill count/progress bar. For these reasons, you may want to tackle the rifts at the beginning of a play session rather than part-way through, and of the few criticisms I have of the expansion (the price is a little high, and I encountered some graphical glitches in the newer areas), this lack of persistence is the one I hope Blizzard address in a future patch.

The last new feature is the Mystic, an artisan who can enchant items. Once unlocked, she can be trained through a number of levels as with the other artisans, with the ability to replace single properties of different items. Give her an item, pick the property you want to replace (you’ll be shown a list of potential new properties), pay the rather extortionate fee and hope for the best. The high costs, coupled with the game’s now generous loot system probably means you’re better off waiting until you hit the level cap and use her just to make some tweaks to legendary gear, or use her other ability, which allows you to change one item to look like another (I have very little understanding of why you might want to do this, but perhaps if you’re bored of looking at the same helmet on your character all the time, or if you’re the sort of person who goes through the 20,000 or whatever banner customisation options on a regular basis).

Chances are, if you own Diablo III but haven’t spent much time with it recently, you can find a lot of changes waiting for you to enjoy without needing this expansion. But if you’re hungering for more enemies, more loot, or just more variety, Reaper of Souls doesn’t disappoint. Regular readers know I have developed something of a soft spot for Diablo 3 over the past few weeks, and since Reaper of Souls has been released I’ve been playing it non-stop, to the point where I’ve been seeing golden orbs jumping out at me when I close my eyes.

I consider this to be a very good thing.